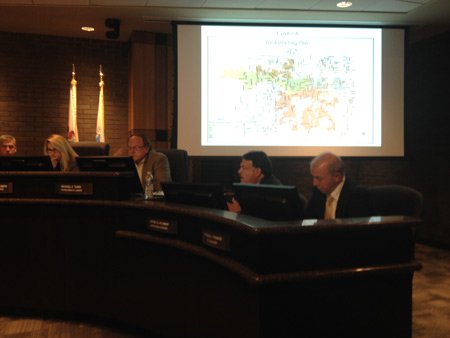 Jeff Plyman (second from right), general counsel for Joliet, explains why the city council needs to adopt a new map now to comply with federal law.

A group of Joliet residents wants to see a much different council district map than the new one the city council unanimously approved Monday night.