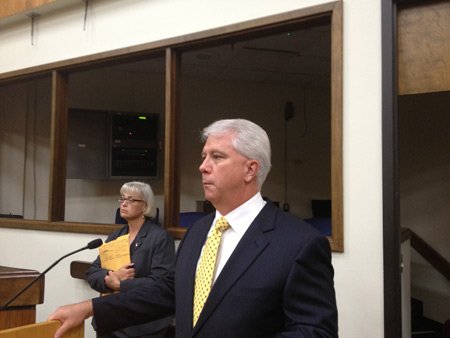 Gary Mueller gives a brief overview of his new role as ombudsman for the third airport.