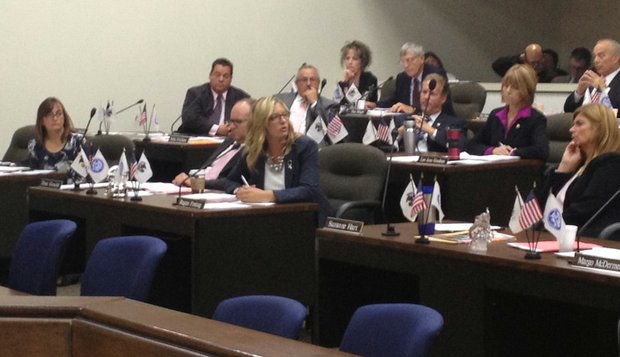 Will County board member Ragan Freitag (R-Wilmington) (center) said she could not support a tax levy increase with so many people out of work and struggling.