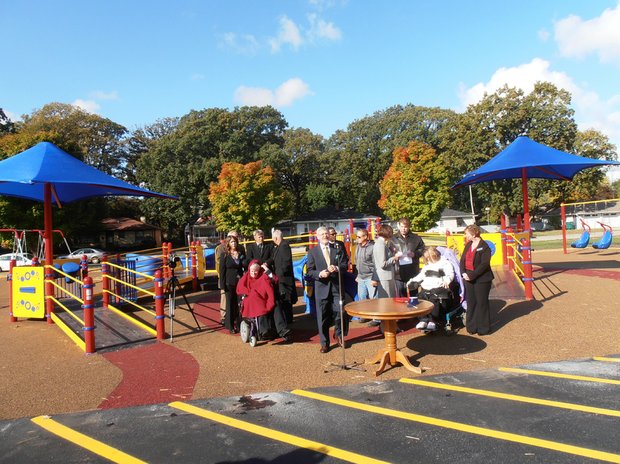 Students and adults with cerebral palsy and other physical and mental challenges joined elected officials and dignitaries in Joliet Thursday morning for the unveiling of the state’s first fully wheelchair-accessible playground.