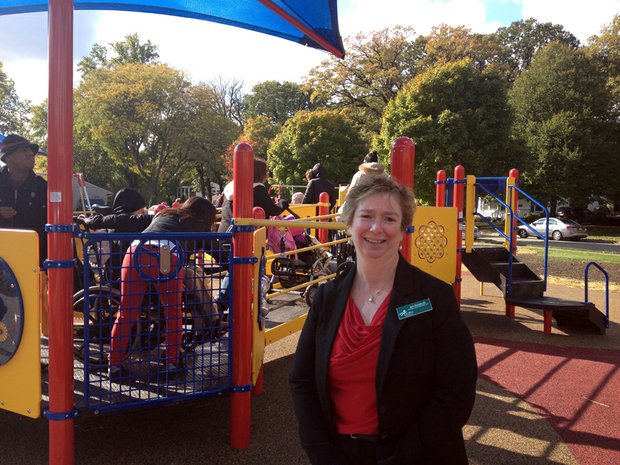 Sue Knaperak, Director of School Services at UCP who served on the playground committee, was on hand Thursday for the ribbon cutting and grand opening ceremony of the new playground.

Students and adults with cerebral palsy and other physical and mental challenges joined elected officials and dignitaries in Joliet Thursday morning for the unveiling of the state’s first fully wheelchair-accessible playground.