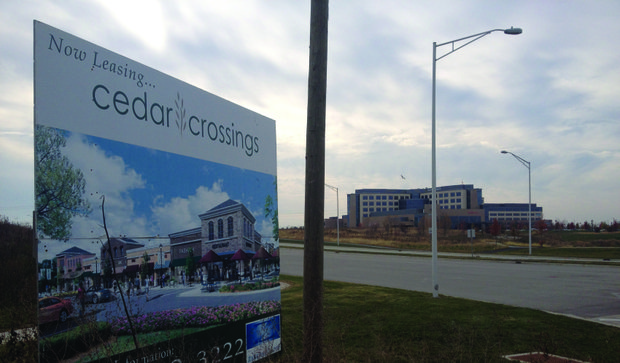 A sign touts the proposed Cedar Crossing retail development planned to go up between the Silver Cross Hospital medical campus and the Veterans Memorial Tollway extension interchange at Route 6.

Communities along I-355 corridor poised for economic uptick

Plans for The Promenade Bolingbrook shopping center at Interstate 355 and Boughton Road were already in the works before the south extension of the expressway became a reality on Nov. 11, 2007.