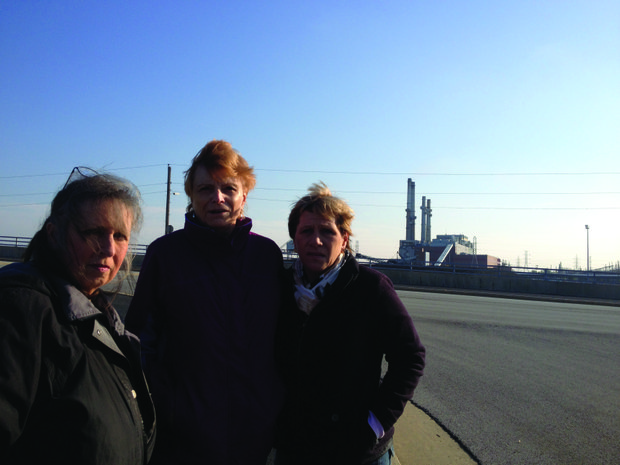 Mary Brucenski (from left), Ellen Rendulich and Mary Burnitz, all members of the Citizens Against Ruining the Environment group, stand across the street from the Midwest Generation coal-fired plant in Romeoville where smoke stacks from the plant loom large in the background.

Midwest Generation to be sold in first quarter of 2014

A local environmental group has long opposed the operations of the Midwest Generation coal-fired power plant along 135th Street in Romeoville, and has even called for it to be completely shut down, claiming it does nothing but pollute the environment and exacerbate asthma conditions for residents.