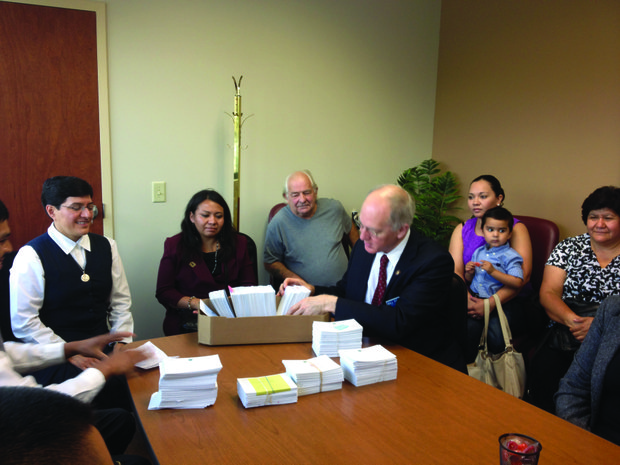 U.S. Rep. Bill Foster (D-Naperville) looks over the petition postcards urging immigration reform that were dropped at his office by members of the New Horizon immigrant-run social ministry group.

On Saturday, August 4, Congressman Bill Foster (IL-11) will host a public forum to discuss recent immigration policies implemented by the Trump administration. Topics will include the 'zero-tolerance' policy and resulting family separations, recent ICE raids in the Fox Valley area, as well as updates on the status of the DACA program.

A Hispanic group from Catholic Diocese of Joliet visited U.S. Rep. Bill Foster (D-Naperville) on Friday to drop off petitions urging the passage of immigration reform at the federal level and to remind the congressman about why that legislation is so desperately needed.