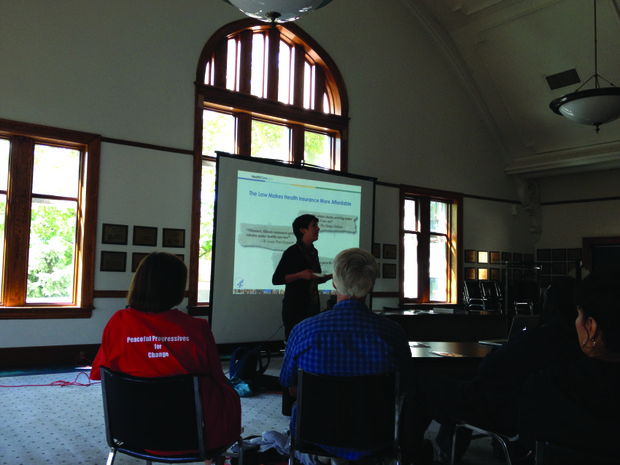 Jillian Phillips with the Campaign for Better Health Care speaks to Will County residents about the Affordable Care Act Sunday at the Joliet Public Library.

More revealed about the new law during library program

While in Washington democrats prepare to launch it and republicans threaten to defund it, a group from Chicago on Sunday outlined the Affordable Care Act for residents who attended a program at the Joliet Public Library.