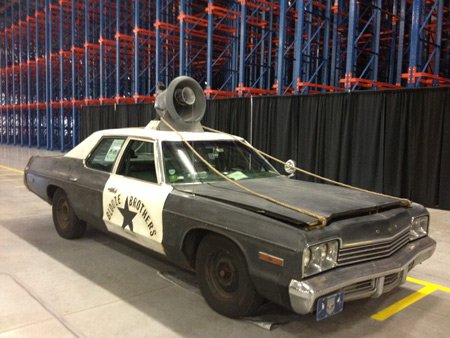 The "Blooze Brothers" mobile also was on hand at the grand opening, a tip of the hat to "Joliet Jake," and the Joliet reference in the movie the "Blues Brothers."