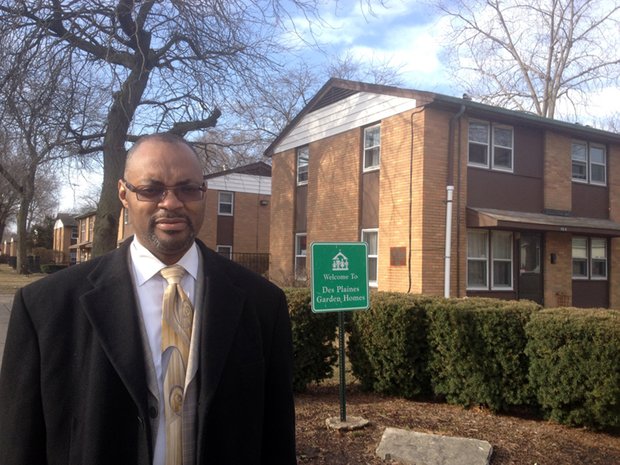 Joliet City Councilman Terry Morris (District 5) stands outside Des Plaines Garden Homes. The low-income housing development is in his district and the Housing Authority of Joliet has plans to demolish the complex and build a mix of single-family and multi-family homes.

Joliet housing could get state kick-start

Housing Authority could receive money for the project by next year

The Housing Authority of Joliet’s plans to redevelop a 112-unit housing project, deemed “functionally obsolete” by the U.S. Department of Housing and Urban Development, could get underway next year.