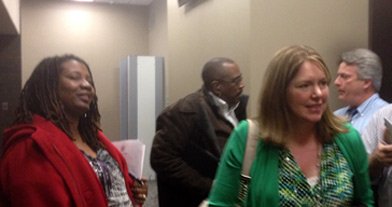 Nancy Hughes Moyer (right), president and CEO of Volunteers of America Illinois, said she is optimistic moving forward with plans for the veteran's housing development now that Joliet's Zoning Board of Appeals has approved the project.