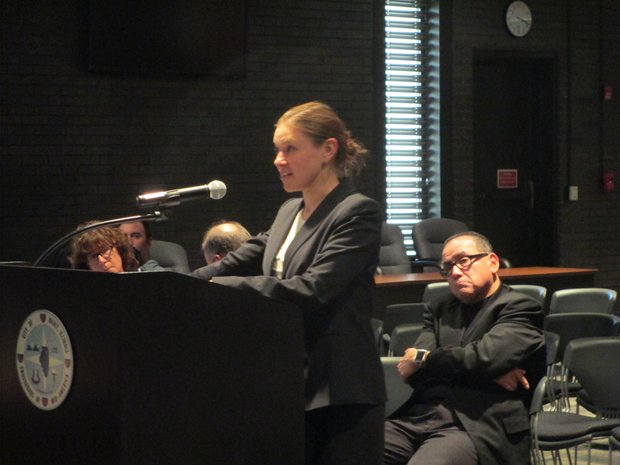 Attorney Ruth Greenwood, of Chicago Lawyers' Committee for Civil Rights Under Law, representing Concerned Citizens of Joliet, makes a point during Monday's meeting of the Joliet Electoral Board.