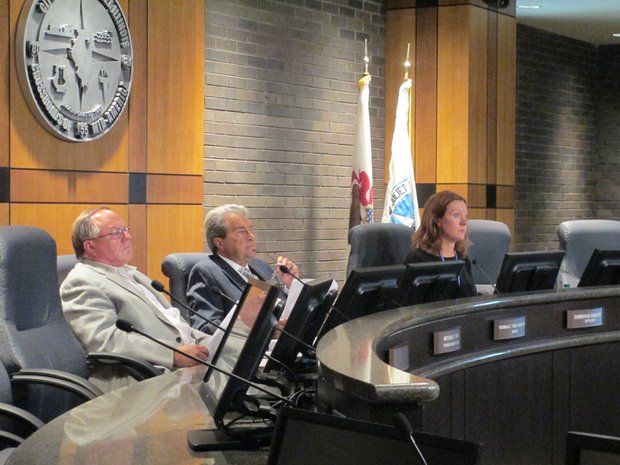 The Joliet Electoral Board, made up of At-large City Councilman Mike Turk, Mayor Tom Giarrante and City Clerk Christa Desiderio, met Monday for the first hearing in the council restructuring referendum challenge.