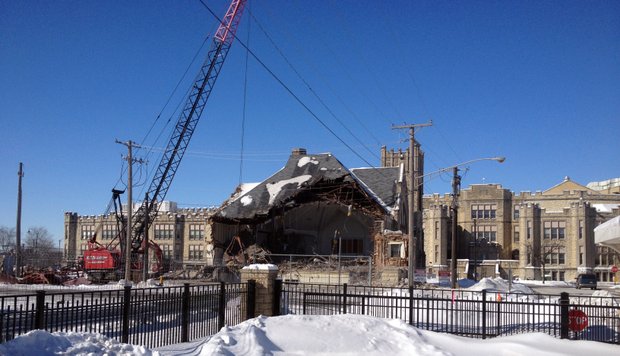 Crews had removed about half of the Little Theatre at Joliet Central High School by 11 a.m. Friday.

The former St. John Lutheran Church on Herkimer Street in Joliet, which later became Joliet Central High School’s Little Theatre met with a wrecking ball Friday to make way for a $28 million expansion at the school.