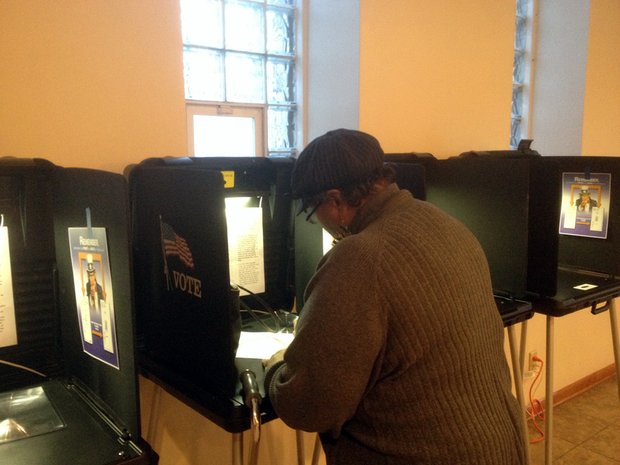 Linda Weatherspoon, of Joliet, was one of the last to cast a ballot in Tuesday's election at Christ Temple Church at 212 Richards Street.

Despite the Illinois gubernatorial primary and a host of other races, voter turnout in Will County on Tuesday was low.