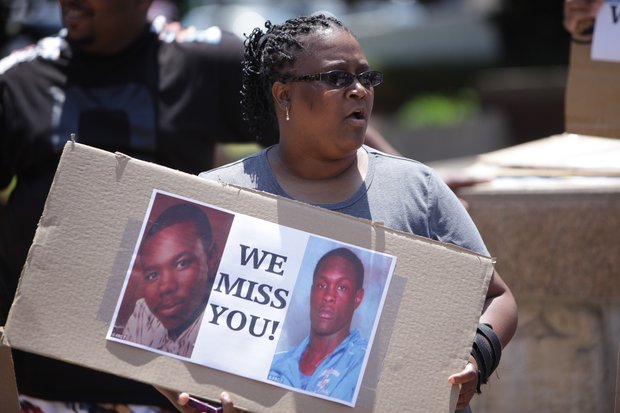 A woman holds a poster displaying the photos of Eric Glover and Terrance Rankins, who were killed in January 2013, in protest of the 10-year sentence one of his murderers received in exchange for her promise to testify against the other defendants.