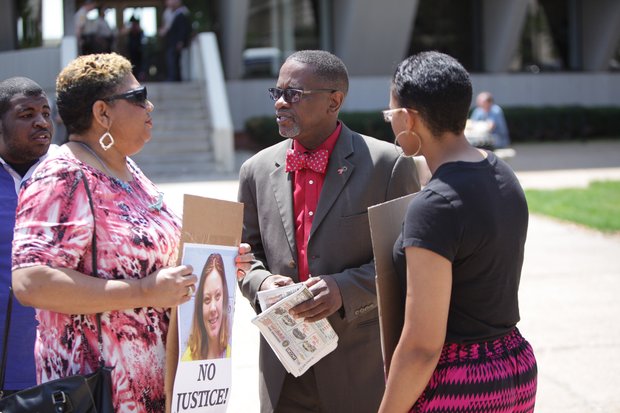 Protesters stand outside the Will County Courthouse during a rally held to protest the 10-year sentence approved for Alisa Massaro, one of the alleged Hickory Street murderers, who was given leniency in exchange for her promise to testify against the other three defendants.