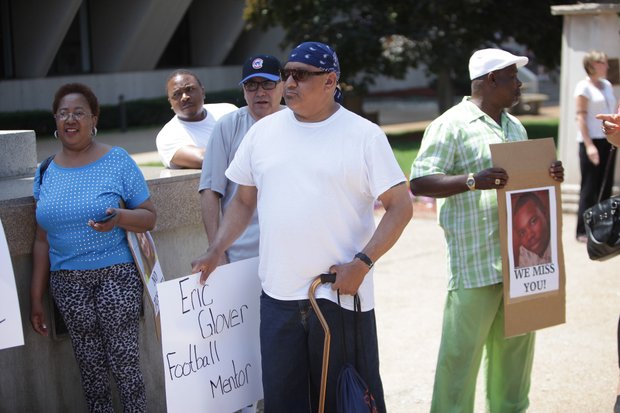 Dozens of people gathered outside the Will County Courthouse Thursday to protest the 10-year prison sentence given to Alisa Massaro, who was given a plea deal in exchange for promising to testify against her friends in the murders of Eric Glover and Terrance Rankins.