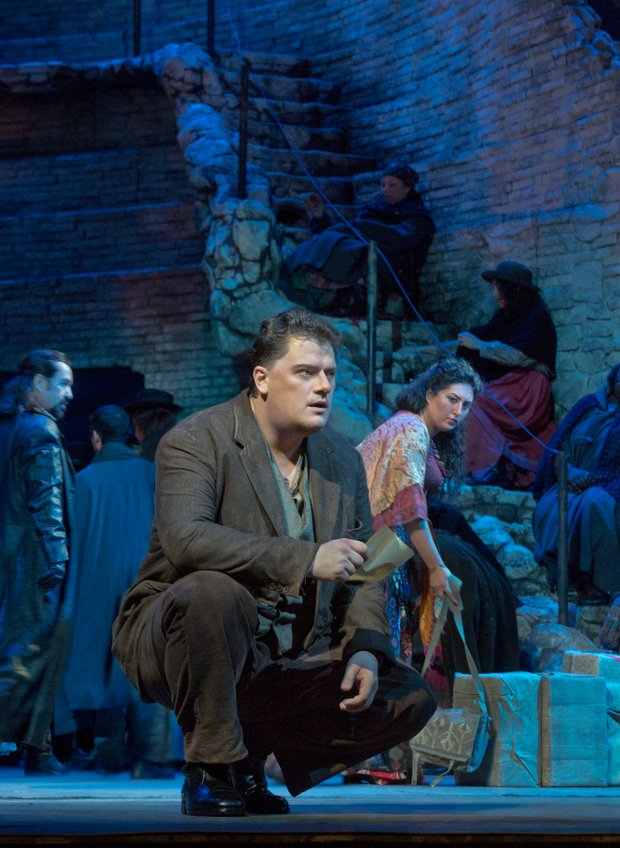 Director Richard Eyre strikes again with a sizzling production of Bizet's Carmen. Mezzo Soprano Anita Rachvelishvili is red-hot in the title role, portraying the gypsy temptress with sultry magnetism. She gives flesh and blood to her character, both with her physical sensuality and her soaring, seductive voice. Aleksandrs Antonenko is her jealous lover, Don Jose, who risks everything; his rank, honor and family, in desperate pursuit of the wanton gypsy. Ildar Abdrazakov is the vainglorious bullfighter, Escamillo, who puts his personal stamp on the famous "Toreador" aria. Pablo Heras-Casado's conducting of the beloved score is spot on, emphasizing one recognizable melody after another with a vitality that makes it seem that its your first time hearing the all-too-familiar tunes. No matter, the action on the Metropolitan Opera stage unfolds with an almost cinematic scope and pace. Of all the operas presented this season Live in HD, this one plays most like a film in terms of rapid fire plot pacing and eruptive emotions.