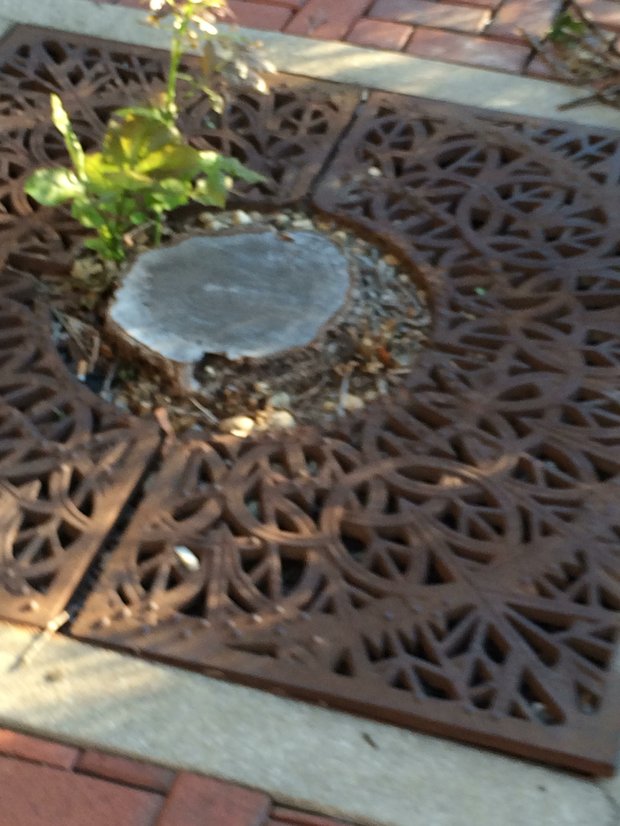 Example of a spot where a tree was cut down in downtown Joliet but the stump remains.

The Joliet City Council needs to make downtown a priority, and that means earmarking money to repair and maintain its appearance and hiring a police officer to patrol the district, Councilman Jim McFarland said.