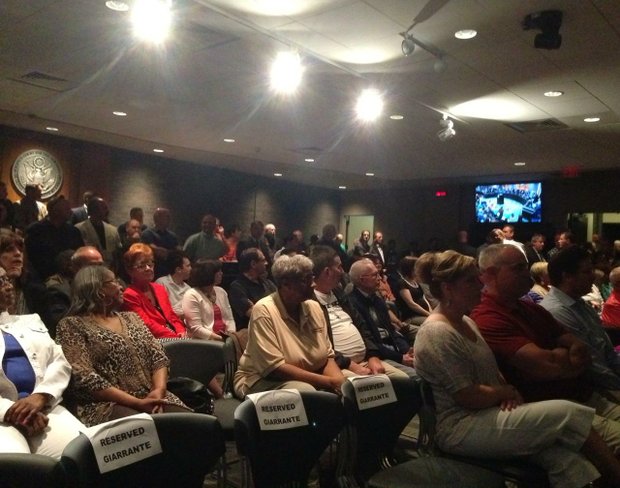 A packed house at Joliet City Hall listens as newly sworn-in Mayor Bob O'Dekirk expresses thanks to the people who helped elect him and to lay out his hopes for his upcoming four-year term.