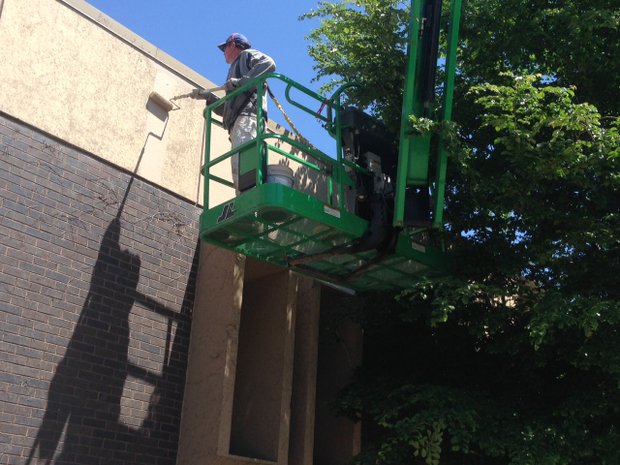 A worker paints the exterior of Joliet City Hall after vines have been removed from the Washington Street side of the 150 Jefferson St. building in downtown Joliet.