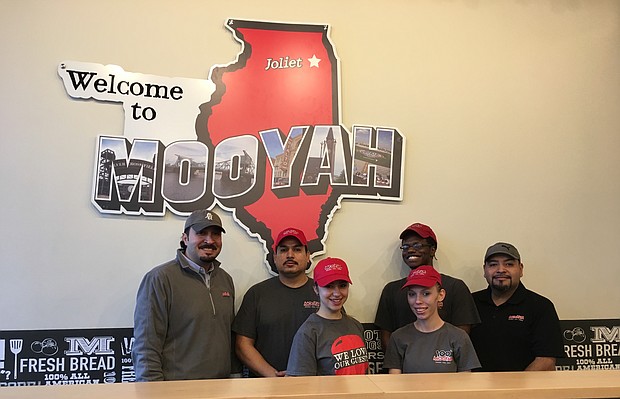 Mooyah Burgers, Fries & Shakes staff in Joliet. The franchise will be collecting food donations and giving part of its proceeds during the weekend of December 9-11 to two local charities for the holidays.

Mooyah restaurant franchise in Joliet to hold fundraiser for charity

The Mooyah Burgers, Fries & Shakes franchise in Joliet will be celebrating its one-year anniversary with a fundraiser and food drive for two local charities on the weekend of December 9-11.