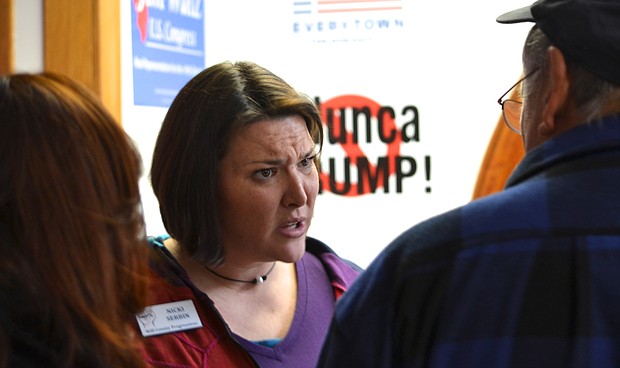 Will County Progressives Chairperson Nicki Serbin speaks to fellow members at a meeting on Dec. 9 in Joliet.