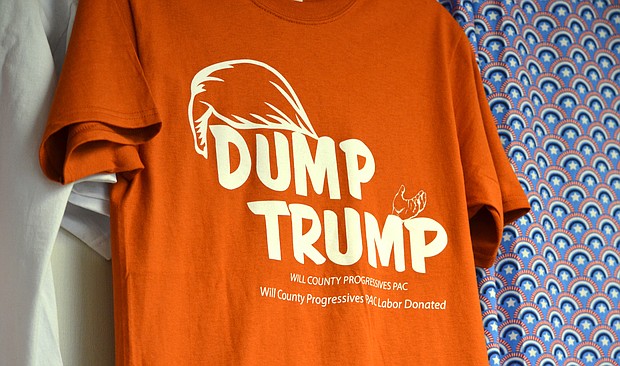 "Dump Trump" t-shirt sold by the Will County Progressives.