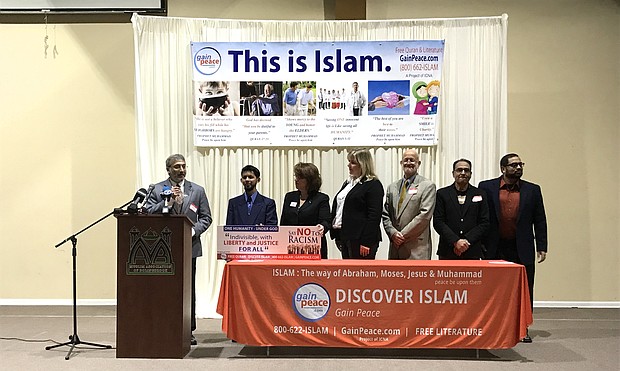 Members of the Muslim Association of Bolingbrook, Gain Peace and other community members participate in press conference to launch a campaign to end discrimination in response to the recent rise in hate crimes against Muslims.

As part of a new campaign the Muslim Association of Bolingbrook is trying to “stand up against discrimination, hate attacks, and racism."