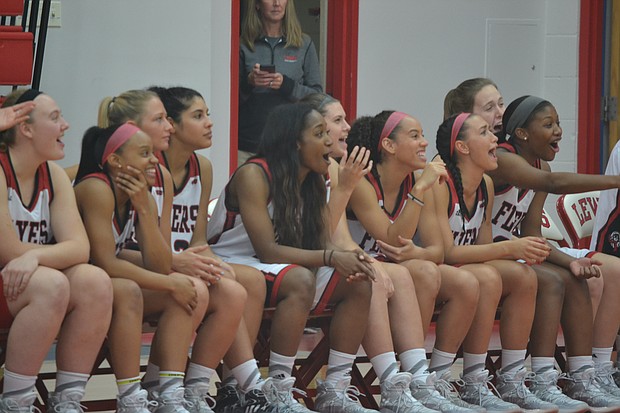 Members of the Lewis women's basketball team react to the festivities at the Fan Fest held on Oct. 20 at Neil Carey Arena.