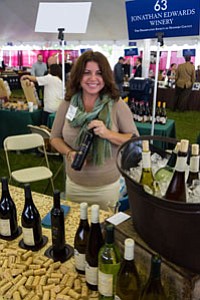 NEWPORT, Rhode Island--Spring is just a short time away. There is no better place to enjoy earth's rebirth than picturesque Newport, Rhode Island. It's ideal location, within driving access to most major East Coast cities and a relatively short commute by plane, train or automobile makes it the perfect getaway for a romantic weekend. There are endless activities and attractions, chief among them The Mansions. The Preservation Society of Newport County operate daily tours of The Breakers, The Elms, Marble House and Rosecliff. These "summer cottages" were the playground of the very elite during Newport's Gilded Age of the late 19th and early 20th Century. The likes of the Vanderbilts and Astors partied in the most lavish of surroundings that rival any of the palaces in Europe. Each year, summer is punctuated by the Newport Mansions Wine and Food Festival, Wine and Rosecliff, an annual event at Rosecliff Mansion that features outstanding cuisine from the great chefs of Boston, Newport and the New York areas, such as Davide Venturini of A Voce, New York and Broian Mercury of Oak and Rowan, Boston. Wines from some of the world's greatest winemakers, such as Chateau Lagrange of Bordeaux, France, Joseph Phelps of Napa Valley, California and Santa Margherita of Italy. Robert Mondavi of Napa Valley, celebrated its 50th Anniversary with a tasting seminar at The Breakers Stable featuring Mondavi's famous Fume Blanc Reserve, his beloved Sauvignon Blanc from To Kalon Vineyard, and the luscious Chardonnay Reserve and Pinot Noir Reserve from the Carneros region. The Grand Fnale of the tasting seminar was a tasting of five decades of Cabernet Sauvignon from the legendary To Kalon Vineyard.