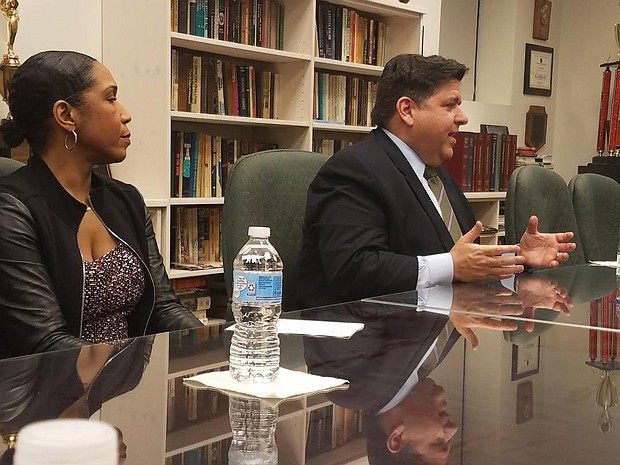 Democratic candidate for Governor J.B. Pritzker answers questions in Chicago after recordings surfaced that portray his attitudes toward African Americans in a less favorable light.

Early voting could be problematic for gubernatorial candidate

With early voting started this week, what impact will it have on one candidate who is working to recover the trust of some voters?

After the recent release of FBI wiretap recordings that paint a less-than-flattering portrayal of him, billionaire gubernatorial candidate, J. B. Pritzker, said he vows to work toward regaining voter trust ahead of next month’s primary election.