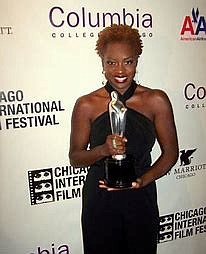 Viola Davis and Liam Neeson lead Steve McQueen's new big screen effort, Widows, from Twentieth Century Fox, in which Chicago is as much an on-screen player as the superb cast. Winner of the 2013 Oscar for Best Picture with 12 Years A Slave and the Festival's 2017 Lifetime Achievement Award honoree, McQueen brings forth a slick, fast-paced thriller in which a big money heist is set against the backdrop of Chicago political corruption. In a nod to #MeToo, the deed is carried out by a crew of vengeful women led by the Oscar, Tony, Emmy and Festival Lifetime Achievement Award- winning actress, who also stars in ABC's How to Get Away with Murder.