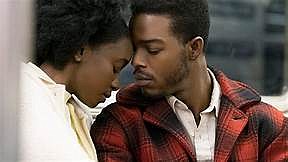 Barry Jenkins, who created the expressively beautiful “Moonlight,” that was awarded the 2016 Oscar for Best Picture, has done it again! “If Beale Street Could Talk,” set in early 1970s Harlem, is telling a bigger story conceived by an iconic writer, James Baldwin, whose novel of the same name this film is adapted. Jenkins cinematically captures Baldwin’s lilting prose and biting commentary about race and the American criminal justice system. The racial despair of this story still resonates today and were the actors not coiffed in Afros and the men wearing side burns and vintage Italian knit shirts, it would have been easy to believe the film depicts the “Black Lives Matter” reality of today.