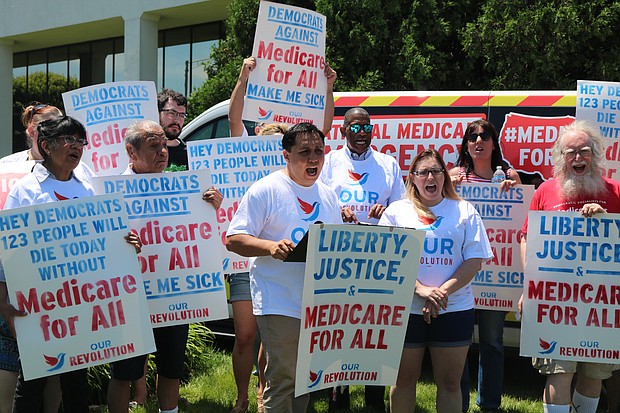 Supporters of “Medicare for All,” a proposal that aims to set up a single-payer health insurance, made a pitch to U.S. Rep. Bill Foster, D-Naperville, outside his Joliet office. The demonstration was organized by the Will County Progressives and Our Revolution Illinois Chicago, two organizations that aim to propel the movement inspired by Congressman Bernie Sanders and his 2016 presidential campaign. Foster has not signed on to legislation in support of “Medicare for All.” “We have an emergency in our country, and that emergency is this: there are politicians who refuse to use their power to fight for the right of human beings to have health care,” said Joseph Geevarghese, the national director for Our Revolution.