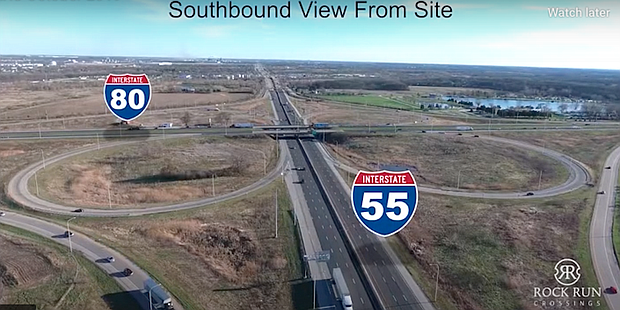 This aerial view shows the footprint of the project and where the interchange will come in.

The City of Joliet is in line to receive a big financial boost that will help move along a major 265 acre economic development project at Interstate 55 and I-80. Congresswoman Lauren Underwood (D-Illinois) on Wednesday announced that Joliet will receive $20 million in additional grant money from the U.S. Department of Transportation for an I-55 interchange where the Rock Run Crossing development is proposed. Part of the plan includes rebuilding the interchange at I-55 and Route 52 in Shorewood.