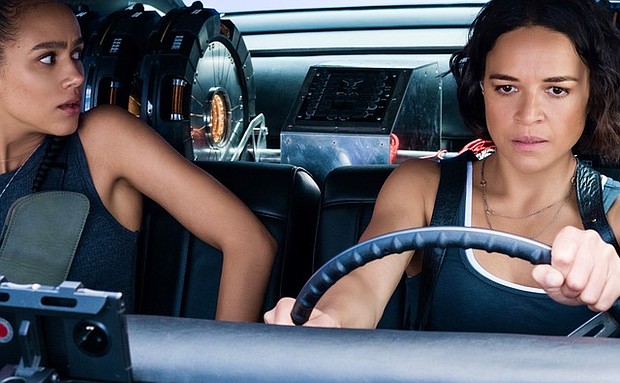 Twenty years after The Fast and the Furious’ debut in 2001, the crew is still driving fast and acting furious. Back in the day, these streetwise, emotionally connected twentysomethings broke the mold for on-screen multicultural friendships, long before inclusion became a thing. Have they gone off the road? Fans will make that decision. There was something so refreshing about the first F&F. Vin Diesel as Dominic Toretto, Paul Walker as Brian O’Connor, Michelle Rodriguez as Letty, Jordana Brewster as Mia, Dom’s sister and Ja Rule as Edwin all had chemistry. Through the years the franchise has added and subtracted members as the cutting-edge group of rebels burned up the streets around the world. At some point, their death-defying driving added over-the-top, fantasy trickery. What was once grassroots reality shifted to implausible, but their audiences increased nonetheless.