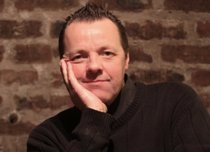 Plan floated to save, redevelop old Will County Courthouse building

Demolish or redevelop? That is the question for Will County board members to consider when it comes to the now-vacant, more than 50-year-old Will County Courthouse in Joliet’s downtown. The board was set to consider a timeline for demolition of the old courthouse building at 100 W. Jefferson Street at its meeting scheduled for Jan. 20. However, that has now been changed due to a proposal being floated to redevelop the old courthouse, which is near the new $215 million courthouse, which opened in 2020 and was built on the former First Midwest Bank site, on the southwest corner of Ottawa and Jefferson streets. A partnership has been formed and a proposal submitted to the county board to consider a public-private redevelopment of the old courthouse building.

More than 300 new laws are set to take effect on Jan. 1. Gwen Daniels, deputy director of Illinois Legal Aid Online (ILAO), the state’s largest non-profit online legal aid resource, has provided some perspective on some of the laws that could have most impact.

Will County Clerk Lauren Staley Ferry earlier this week accepted the first major piece of equipment to automate the Vote By Mail program in Will County. The high-speed, state-of-the-art EvoluJet Printer from BlueCrest has the capability of printing 2,200 ballots per hour. Specialists from BlueCrest and the manufacturer, Kyocera, were on hand to assemble the EvoluJet’s components and make the necessary adjustments to begin printing test ballots on location at the Will County Clerk’s Office. The EvoluJet Printer will be joined by two other major pieces of equipment: The high-speed Relia-Vote MSE Inserter will automate the assembly of Vote By Mail packets, and the Relia-Vote Vantage Sorter will streamline the sorting of Vote By Mail packets for outbound mailing and for organizing return ballots. These three machines will improve efficiency and accuracy across the entire Vote By Mail program. They also will save Will County taxpayers hundreds of thousands of dollars each election compared to the cost of assembling and processing Vote By Mail Ballots manually. Staley Ferry announced back in August that the Will County Board had unanimously approved $1.9 million in funding to purchase equipment to automate her office’s growing Vote By Mail program.

Leaving public office can be hard when it is a position that taught you so much about what it means to be an elected official. That, however, is exactly what Ken Harris, Will County Board member for District 4 in Bolingbrook since first elected to the position in December 2012, is about to do. Harris will resign his position effective Dec. 31. That’s because voters in his district last April elected him to be the next DuPage Township Assessor and per state statute and to comply with the assessment cycle, the elected township assessor must take office in January. A Will County Board member cannot hold the position as assessor simultaneously. Still, Harris says he will miss being on the Will County Board. “I loved the County Board and the committee meetings where it all comes together. It was a pleasure to discuss and vote on Will County matters, and there was nothing like seeing (pre-COVID) the committee room or County Board room filled to near capacity,” Harris recalled. “Residents, county officials, employees, department heads and others are all generally concerned about the county.”

Despite desperate calls from residents of mostly neighboring communities – many destined to be impacted by the 2,100-plus acre proposed warehouse development – Compass Business Park has received the stamp of approval from the Joliet City Council. For nearly two hours on Tuesday night, the City Council heard from Jackson Township property owners, Elwood and Manhattan residents, other concerned property owners, attorneys representing Stop North Point and Midewin National Tallgrass Prairie, and officials from both Jackson Township and Elwood.

It will likely come as no surprise that the COVID pandemic had an adverse impact on student learning and for many students put them behind in their academics. Plainfield Community Consolidated School District 202 officials just released a report showing that high school student state academic achievement dipped in 2020-21, “at least partly because students did not have direct, in-person instruction for much of the last school year.” The State Board of Education on December 2, released the first round of 2020-21 academic achievement data as part of the new State Report Card. More detailed information reflecting actual assessment data from last spring’s state testing is expected in April 2022. The Illinois State Board of Education (ISBE) updated information on the Illinois School Report Card website for school districts to the public. District- and school-level data can be found at illinoisreportcard.com.

Will County COVID numbers on the rise

Silver Cross Hospital in New Lenox recently reported a total of 54 COVID-related patients, 52 of which were “COVID-positive” and, according to the Illinois Department of Public Health, the seven-day test positivity rate in Will County rose to 8.6 percent. Nine of the 54 patients who came to Silver Cross Hospital with symptoms ended up in the Intensive Care Unit and either of those ended up ventilators, Hospital Spokeswoman Debra Robins said. The IDPH reported a total of 100,944 COVID cases in Will County and 1,172 reported deaths from the virus. The 8.6 percent test positivity rate for Will County on Friday (the latest data available) was higher than Cook County’s rate of 4.8 percent. The increase in cases is from the Delta variant and health officials suggest the increase is from the Thanksgiving holiday gatherings. To help stop the spread health officials are encouraging everyone to wear a mask when in close gatherings, continue to wash hands and keep a distance while out shopping during the holiday.

Road improvements totaling more than $30 million, body cameras for police officers, more revenue from sales taxes and real estate taxes and a reduction in the tax levy. That was some of the good news outlined in the City of Joliet’s proposed 2022 budget presented Monday by Jim Ghedotte, the city’s finance director. Ghedotte presented the budget on behalf of City Manager James Capparelli. It includes revenues of $388.7 million and expenditures of $438.1 million. The estimated $50 million shortfall will be made up by selling bonds to pay for $28 million in water and sewer replacement projects, as opposed to paying for them in cash. Also reserves funds from the current budget are projected to total $250 million. Joliet Mayor Bob O’Dekirk and the city council are expected to take a closer look at the proposed budget and likely make some adjustments prior to putting it to a vote on Dec. 21.

Families in surrounding suburbs will gather to enjoy the Thanksgiving feast and give thanks for all that they have – most of all each other. While the impact of the pandemic has been greatly reduced as more people and now children get vaccinated, there are still risks of spreading the virus. Health experts warn the holiday gatherings could be breeding grounds for spreading the virus. According to the Centers for Disease Control, the best way to minimize COVID-19 risk and keep family and friends safer is to get vaccinated. Many health experts this year also suggest if unvaccinated family and friends plan to attend holiday gatherings, they should get a rapid COVID test just before they show up. Here are some safe ways to celebrate the holidays from the CDC.

NorthPoint could get green light to expand

The proposed NorthPoint development planned for Joliet is about to get a whole lot bigger, much to the chagrin of some area residents opposed to the plans. NorthPoint Development brought a new annexation and development agreement for the proposed East Gate Logistics and Compass Business Park to the Joliet Plan Commission. The new plan seeks to annex another 950-plus acre parcel in addition to the 1,200-plus acres in unincorporated Jackson Township already approved by the Joliet City Council for the proposed warehouse and light manufacturing development.

Bettye Gavin reflects on her appointment to the Joliet City Council

Bolingbrook High School Principal Michael White was grateful for all the support from parents, teachers and students

Robiel Barredo, student at BHS, said Principal White taught him to be accountable

Betty Washington, past president of the NAACP Joliet Chapter

Dave Hoekstra, director of operations for Waste Management, discusses the grant his company gave to Will County for a new veteran's work program

Roy Smith thanks the Joliet community for honoring his mother, Louise Ray, with a street name

In search of architectural treasures

Nick Palmer, chief of staff for Will County Executive Larry Walsh, comments about the first day of the strike